We’ve all been there, it’s a Sunday morning, your mates pestering you for a lift to pick up their second hand Vauxhall Adam, or Colonel Saunders is calling out to you in a most persuasive way, there is a niggling feeling in the back of your mind; ‘am I still over the limit?’ It’s an ambiguous question to you, however the breathalyzer won’t take refuge in that grey area that we do as we fire up the engine. The fact is the number of morning-after drink-driving arrests seems to steadily increase every year, so it is definitely something you should take seriously.

However, in a recent survey the AA found that 20% of drivers are willing to take that risk and drive their vehicle after a night of heavy drinking. Last year, car insurers LV did a study and found that almost half of drivers didn’t know how long it took for alcohol whilst on average, morning-after drink drivers were around five hours away from being legally sober enough to drive.  According to NHS guidelines it takes the body about an hour to break down one unit of alcohol. Not long ago I saw a Lotus Exige in Codsall pulled over at 11AM, the man was breathalyzed and complaining that he hadn’t had a drink that day, yet he was still over the limit. 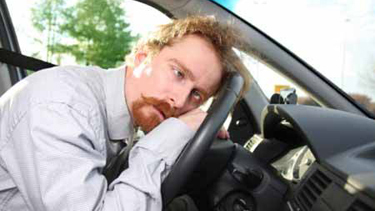 President of the AA, Edmund King commented: ‘There are many urban myths and rituals used to try to counter hangovers and reduce blood alcohol levels but the only safe method is to drink less or give adequate time for the alcohol to leave your system. The same penalties, such as minimum year’s ban, for drink driving apply the morning after as they do the night before.’